When Charles Roberson’s company failed in 2016, he wanted to know why. The former Hewlett Packard executive had struck out on his own, creating a business that used computer gaming technology to develop training programs for pharmaceutical manufacturing and packaging equipment. For 15 years it was successful, with a worldwide installation base. What happened?

Many people might have shrugged their shoulders and gone happily into retirement. Not Roberson. He wanted to figure it out. The then 78-year-old returned to the University of Florida in 2020, 47 years after he received a bachelor’s degree in computer science, and entered a master’s program in entrepreneurship at the Warrington College of Business, intent on solving the problem of why his company failed.

Returning to the classroom after nearly five decades might sound intimidating, but not to Roberson.

“When you’re in the corporate world, you’re always learning something new. So, you’re in classroom settings or you’re responsible for writing proposals. It’s the same kind of thing,” he said. “I’ve always been engaged in having to perform either through selling, through writing, through going to classes and learning new things. It’s unquestionable that technology is continuously changing and if you’re going to stay abreast of it, you have to spend some time learning.”

Those life-long learning habits and a knowledge of technology helped him navigate the Zoom classes necessary during the height of the Covid-19 pandemic. But Roberson, who lives in The Villages, Florida, missed the human connection.

“I grew up in the world of handshakes and face-to-face meetings,” noted Roberson. “In the online world, you can certainly learn a lot. You can watch videos, you can interact with people through tools like Zoom. But I found it very difficult to develop solid relationships, so I did go to Gainesville frequently to meet with professors and meet with other students.”

The other students in the program were enrolled to maximize the potential of their future business careers, and were curious about why he was there, after several decades in the workforce. His answer: “I love learning; which is still a true statement, although I had the hidden agenda of wanting to answer a problem.”

Halfway through the two-year master’s program, he had his answer.

“I discovered that what I was doing when I was running the company was promoting the technology. I was not managing a business,” Roberson said. “I was walking into sales appointments and saying, ‘Let me show you my cool technology,’ as opposed to really doing a good assessment of what the customer’s needs were and understanding how to price my product relative to the value that my product delivered.”

There were challenges in Roberson’s post-graduate journey. First, he had to convince the school of business administration to admit him to the program. His undergraduate grade point average was below the required 3.0, due to both working full-time and attending school full-time. He also found he had to hold back a bit, laying low in initial interactions with other students and gradually trying to earn credibility before jumping into conversations with knowledge absorbed from his decades of work. The research Roberson did on seniors returning to school prior to beginning classes provided another valuable tip:

“You never try to know more than the professor. Even if you have experienced things that the professor has not experienced, you kind of hold those things back. You don’t announce.”

That was helpful when the professor in a sales class favored a different terminology than the one Roberson had successfully used his whole career. “I had to relearn all of the various sales techniques using the professor’s terminology and approach compared to what I had successfully used in the past. I ended up getting a B+ in the class. It was a little bit depressing because I have been involved in a fair amount of sales.”

Roberson earned his master’s degree in entrepreneurship and graduated in April of 2022, and chose to attend the graduation ceremony. He was the oldest member of the University’s spring class, and it wasn’t just his family that took notice.

“I had older people who were attending the ceremony for their kids and grandkids come up to me and shake my hand and congratulate me, which was kind of amazing,” Roberson said. “I don’t think it was anything special. I went through the steps. I earned the appropriate number of credit hours. I enjoyed virtually every class that I took. So, I still don’t think it was anything special.”

Since graduating, Roberson’s commitment to learning hasn’t slowed at all. He’s been taking advantage of the Florida statute that allows Florida residents 60 years of age or older to audit classes at state universities, tuition-free. Roberson has audited courses in the Department of Religion at UF, but it’s the UF College of Medicine that will have his time and attention in 2023. He’s been accepted into a specialty program in the study of gerontology.

“I begin that in January, and I’ll probably be full-time,” said Roberson. “It’ll take me a year to a year and a half to complete that program. At the end of that, I’m not certain what the next step is, but I’m looking to combine my interest in gerontology and the application of big data, artificial intelligence, and the concept of wearables, meaning devices such as Apple watches and things like that. Combine that and maybe look for either some business opportunities or investment opportunities and pursue that in a year and a half or two years.

“I think it’s the year 2050 or something close to that, where the people over 65 will outnumber the people under 65,” Roberson continued. “So, the medical community —both the geriatric world and the gerontology world — is a prime opportunity for people to get in on the ground floor of learning those specialties because the demand is going to be significant.”

And who is more ideal to study it all than someone in the later stages of the aging process?

“When I applied to the College of Medicine to get into the gerontology program, my graduate GPA was well above 3.0 and I already had a master’s degree. But I made note in my letter of application that I was 80 years old,” Roberson said. “I thought to myself, how can they deny entry to their gerontology program from somebody who is there right now?”

This article is featured in the December 2022 issue of The Growing Bolder Digital Digest.

Check out the December issue now The Power of Pets

Featuring animals from cats and dogs to llamas and lizards. Learn all about prehabilitation and the power of exercise, movement, and positive lifestyle modification. Living in the Sunshine State made easy! Download the guide that brings you all the sunshine. Get pre-race, during the race, and post-race tips to ensure you stay safe and healthy while racing! Nutrition is equally as important as exercise is. See the go-to tips on nutrition here! 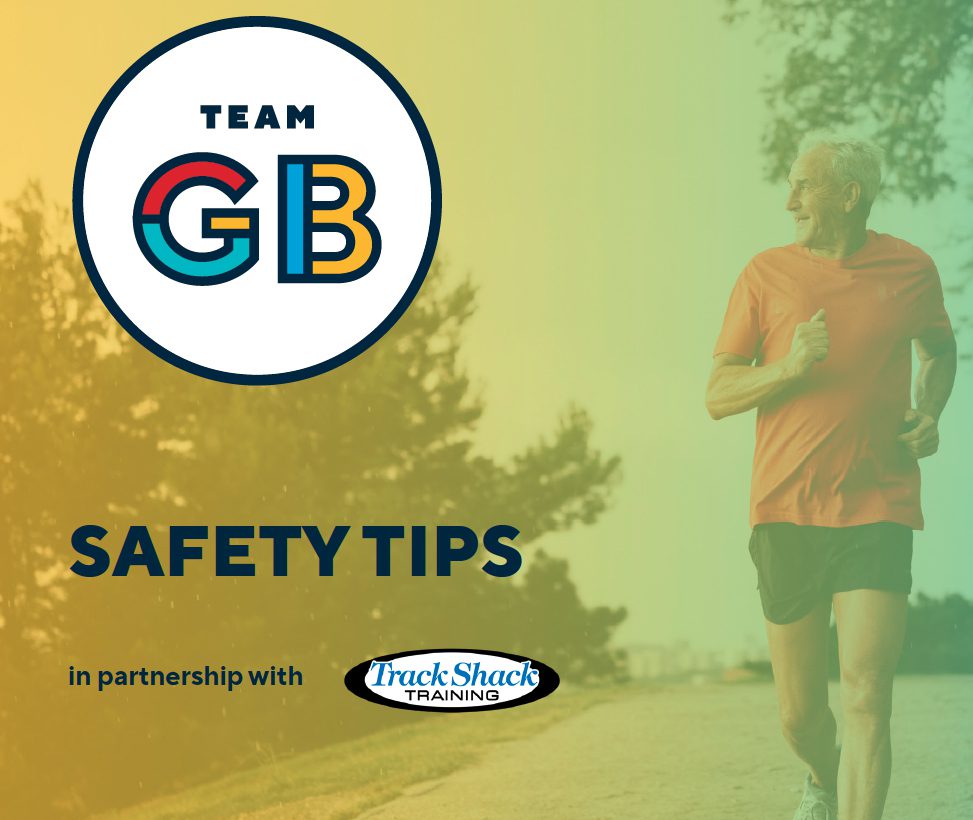 Staying safe while you exercise is extremely important. Be in the know with these safety tips! 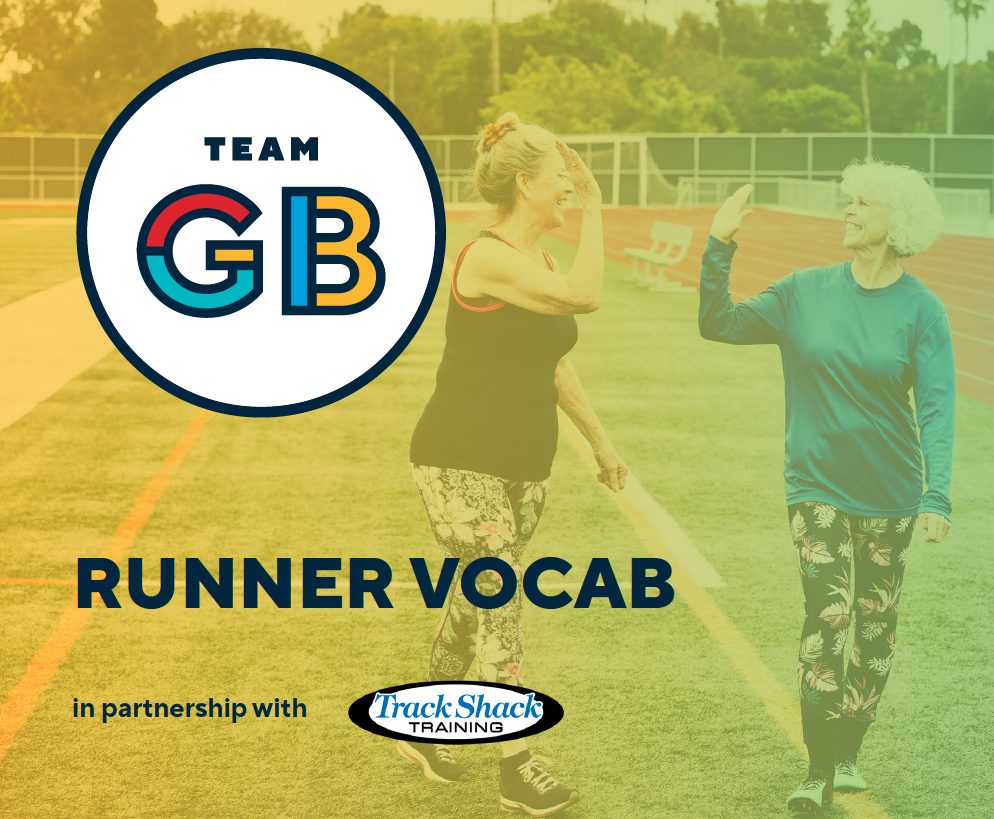 Get up to speed with your runner vocab with this all encompassing vocabulary guide! Jumpstart your running goals with this guide to get your sneakers to the pavement. Get ready to have the best race in your running career with this race etiquette guide! Discover lessons big names have shared with GB over the years. There’s a famous proverb that states, “Potential can only materialize into achievement when you allow it to.” As you reflect…

Is there an age limit on success and happiness? Some believe life starts winding down at age 50, but others are just getting started. Here’s Growing Bolder’s Amy Sweezey’s take on turning 50.

While it is a big key to a happy life, thankfulness is often something that takes daily focus and practice. Here are five of our favorite ways to practice gratitude.

The quality of our relationships can have an even more dramatic impact on our lives than what we eat or how much we exercise.

There are now hundreds of new apps and websites designed specifically to create real-world relationships and foster new friendships. Here are five of our favorite apps and sites to find community.

At Launchpad to What’s Next Live! presented by Florida Blue Medicare, residents of the Villages gathered to celebrate the unprecedented opportunity of aging with passion, purpose, and possibility.

At the Celebration of Running 5k, we chatted with finishers about what keeps them running, no matter their age.

What better way to celebrate turning 65 than a one-of-a-kind Disney-themed birthday party hosted by our friends Florida Blue Medicare?

Each year on the third Sunday in June we celebrate Father’s Day. This year marks just the 50th anniversary of it…

Most stories you will see on Mothers Day will center around children and their moms but that’s just one small slice of a very big picture. The impact our mothers have on us does not end when we become adults. In fact, as Bill Shafer tells us, their influence can be so powerful that it lasts a lifetime.

There is no doubt about it, people love their pets! In honor of #NationalPetDay one organization stepped up to prove it.…